After an unusually strong earthquake rifts open up in the foundation rocks of Machu Picchu. When it is discovered, that the entire mountain is actually riddled with caves, which have sheltered ancient pyramid structures, the world famous tourist site is cordoned off and the specialists from PAL.A.D.IN are hired to investigate the mysterious caves.

By means of the institute’s very own VTOL airplane, personnel and equipment for extensive on-site analysis is shipped in and the state of the art mobile research lab becomes the central nervous system for the investigation. 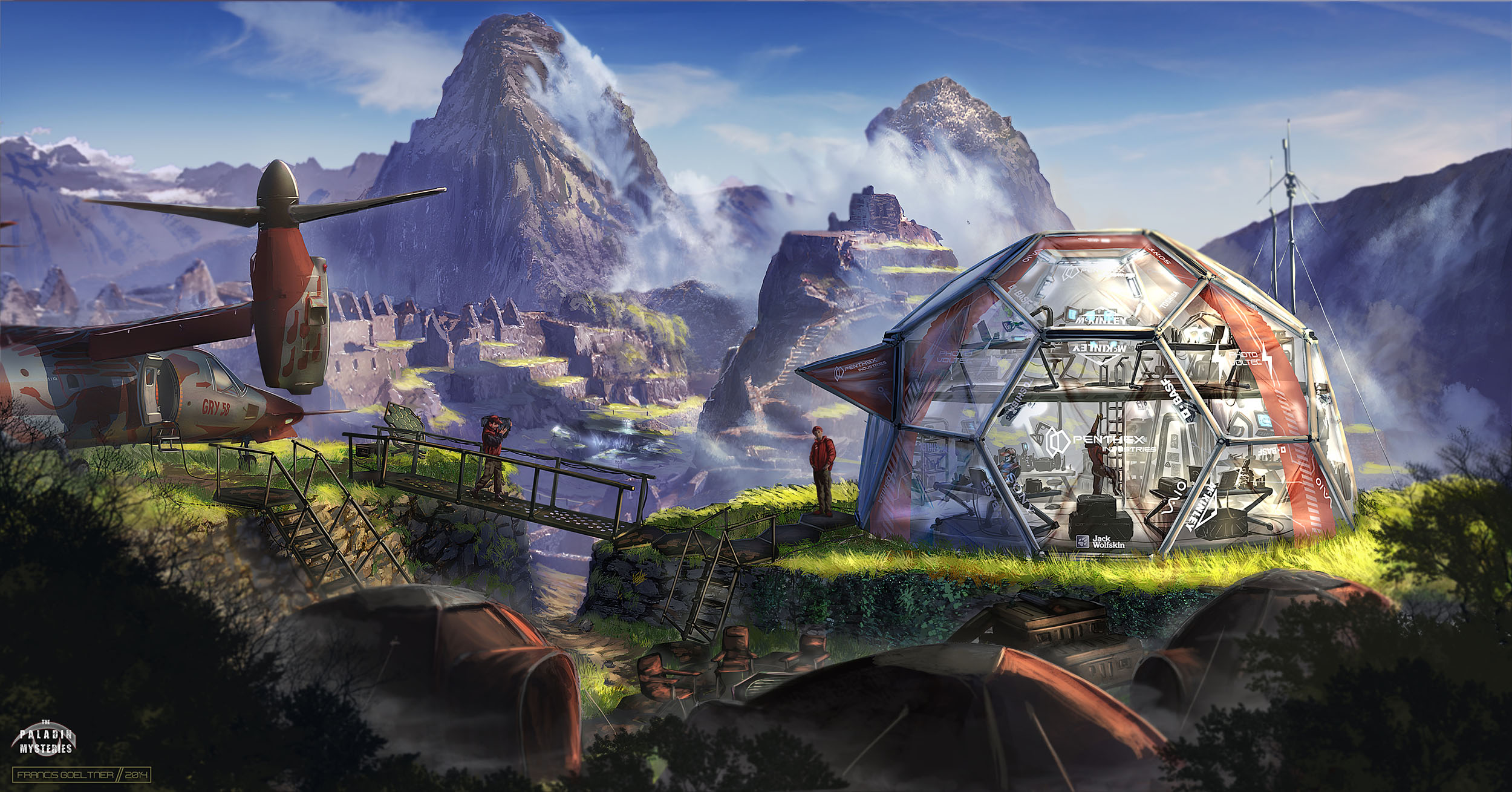 The biggest riddle in the grotto is - nicknamed by the team - 'The Shivved Chieftain', a Mayan warrior apparently stabbed by a dagger and for some reason buried with the murder weapon. Far more puzzling is the fact that the dagger seems to be of Spanish origin, which would contradict popular history, claiming Columbus to be the first Spanish emissary to reach the new world in 1492. Since the grotto predates Machu Picchu itself (it's founding date estimated around 1450) and the region was attributed to the Incas rather than the Mayas by all accounts of to date archeological deduction, these facts could rewrite history considerably.

Therefore the research on the Shivved Chieftain is conducted with special care by Dr. Draxler, leading archeologist and pilot of PAL.A.D.IN. 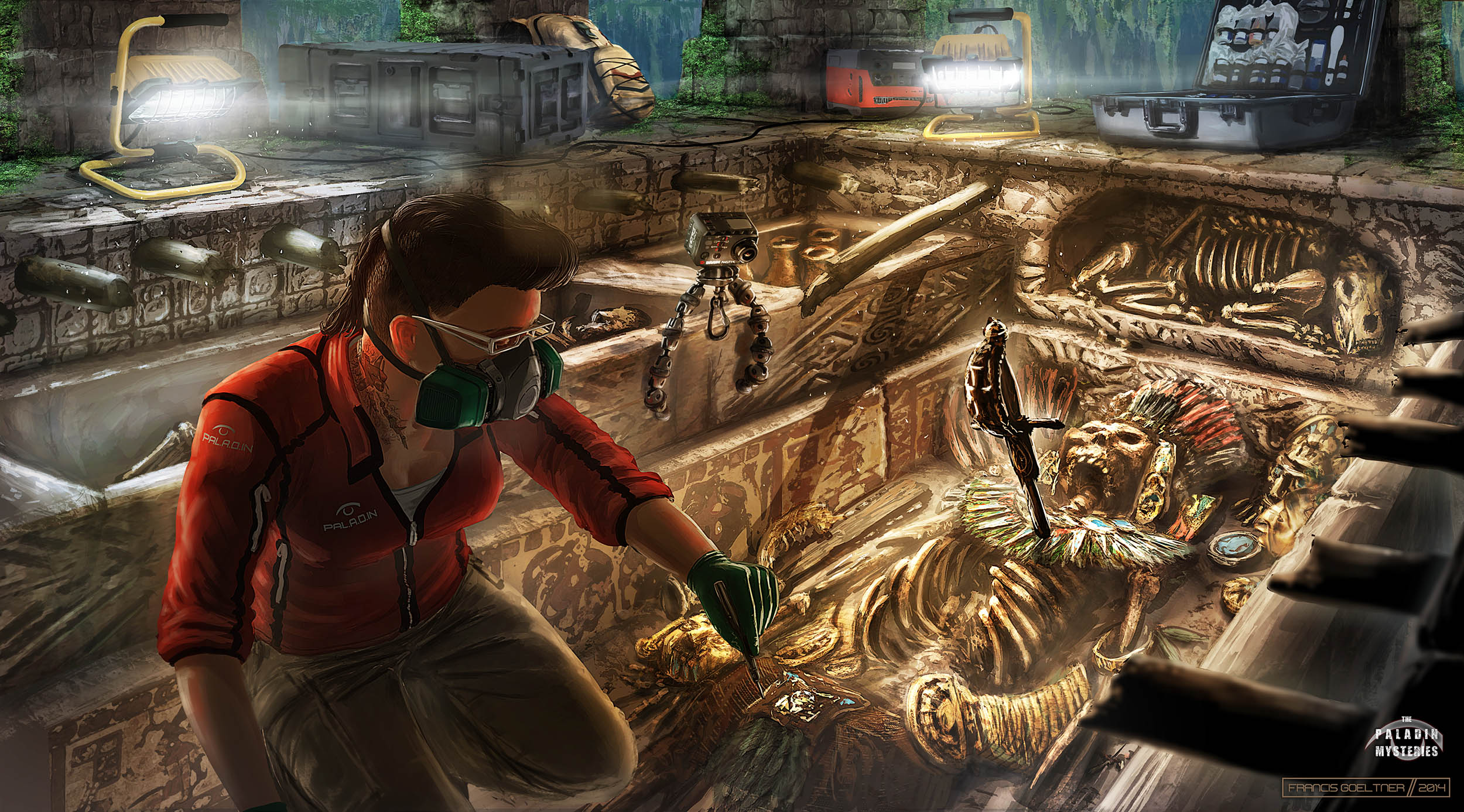 Main Site of the PAL.A.D.IN is it's privately funded laboratory complex on the tropical island of Maui. The complex with it's three wings (employee cafeteria, hangar/landing pad and main lab plus underground facilities) are an architectural blend of modern high tech corporate technology and polynesian shapes. Located in a lush palm tree grove at one of Maui's famous black sand beaches and surrounded by recreational walking paths and replications of famous statue replicas, the laboratory offers an exceptional working environment for it's scientists, it specialist and administrative staff.

Originally designed as guest house for esteemed scientific visitors of the PAL.A.D.IN, this beach house has been built into a streak of lava rocks approximately 300 meters from the main complex.

Another assignment for the PAL.A.D.IN team: Near the arctic, a floating iceberg was discovered with what seemed to be an ancient sailing ship embedded in it's mass. Apparently the ship had been totally engulfed in the ice for a long time, before recent melting partially exposed it and continually disintegration of the iceberg threatens the archaeological find.

The significance of the find is increased by the fact, that the ship was of Roman origin, from a period in which no roman vessel had been known to travel even near the arctic.

To investigate the curious ship, the U.S. Coast Guard icebreaker Healy was called in to provide a staging ground for the PAL.A.D.IN archaeologists and a landing pad for the tilt rotor plane.

The vessel in the iceberg is quickly classified as a roman quinquereme and besides the shackled and chained slaves, the only body on board is that of a high ranking centurion - also bound below deck to a beam. What drove the vessel so far from the known Roman Empire? Who commanded it and left without a trace?

Dr. Draxler goes to work, starting with a sophisticated scan of the centurions remains. She reconstructs the skull and face via expert software to evaluate for possible head injuries.

Working with thick gloves - the team uses industrial tablet variants as 'keyboards' which provides the ability to scale buttons and controls to 'glove size'. To provide display capabilities, special AR glasses are used for prismatic projection of HD screen space into the field of view. 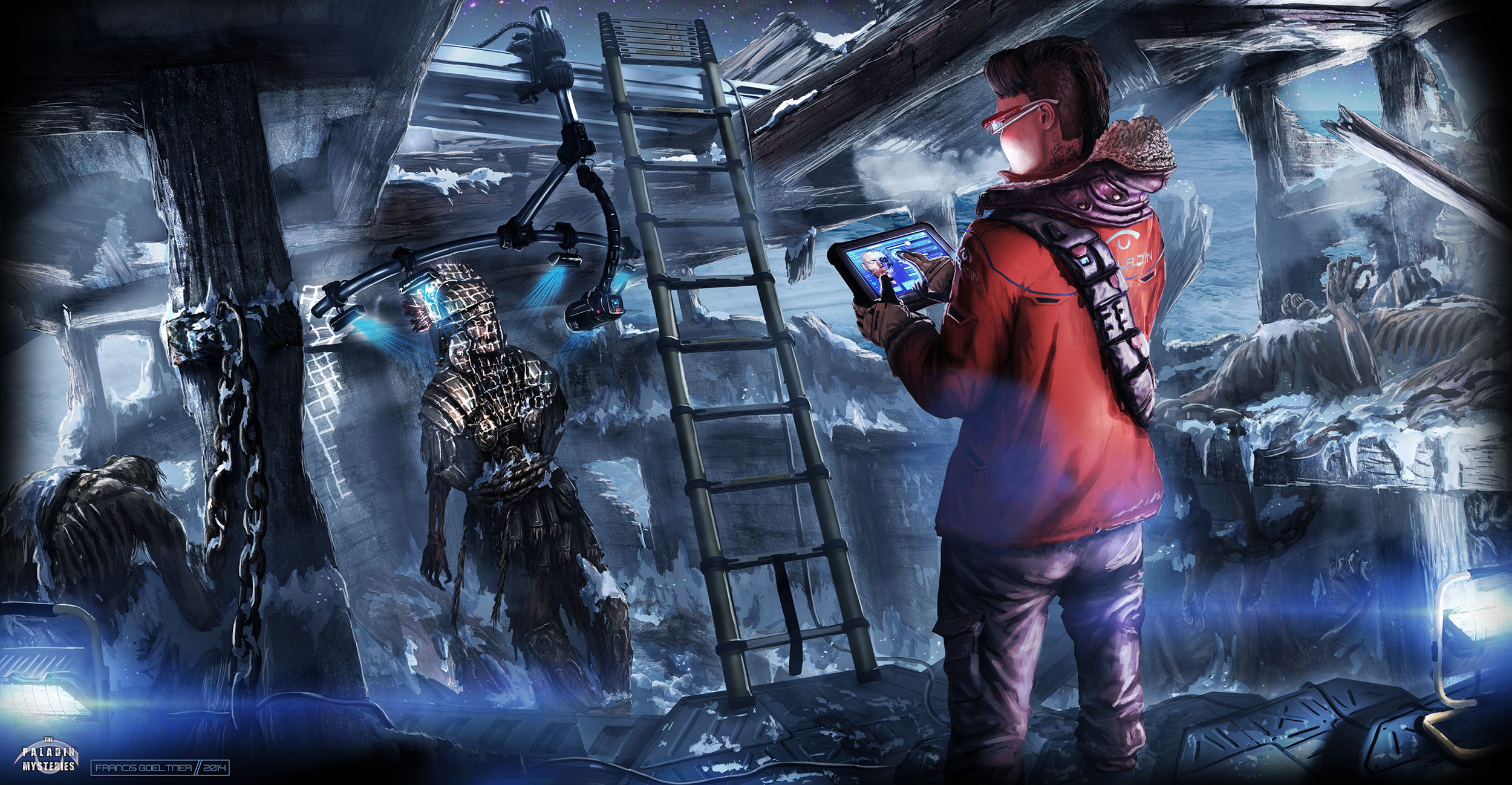