Fortunately I found the time to partake in this great event and submit my work in two rounds of the challenge. As a lifelong Star Wars fan and a great admirer of all the concept and design work, which has contributed to this universe this was a special sort of excitement.

Round one, called ‘The Moment’, assigned the task of delivering two images of an emotional moment of some kind from the scope of the Star Wars movies Episode IV - VI, using existing characters, equipment and designs .

Round two, called ‘The Ride’, called for the design of two new vehicles, which again would fit into the realm of Episode IV - VI, and depicting the vehicles in a scene.

For my first piece I chose the slave dancer Oola from Episode VI as the main subject, since her fate always struck me as so sad and unfair from the first time I saw the movie.

For the final shot I decided on a nightly scene in Jabba’s throne room, in which Oola tries to hide from Bib Fortuna, who sneaks about in the darkness with intentions to molest her.

Below the artwork an animated gif provides an overview of the creation process for this piece, from sketches over 3D block-out to the final image 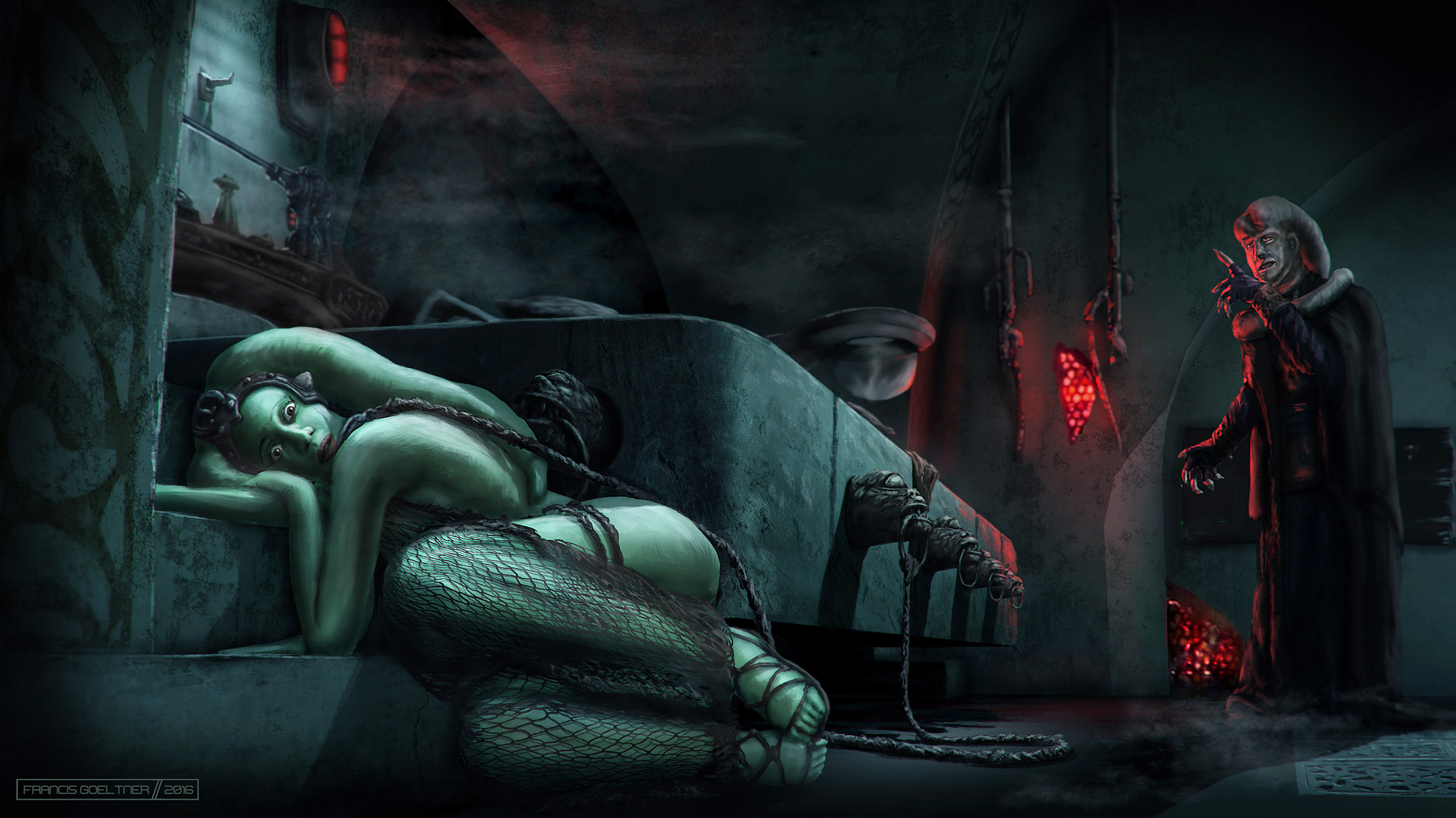 I always liked Episode V best of all Star Wars movies, especially the battle of Hoth. So for the second piece, which I intended to make about some action scene with a sense of urgency and threat, I favored the idea of doing that particular battle and decided to go with the idea of ‘The Last Transport’. This is the ship, which Han Solo contacts by radio when it became clear, that he would not be able to bring Leia to it for safe transport off world.

So I decided make the second piece about two rebel troopers who just catch a ride off planet on this last transport. The hangar is already breached by some storm troopers and an AT-ST. The ramp of the ship is already closing and one of the exhausted fighters threatens to fall off the ramp and his buddy jumps to desperate aid.

Below the artwork an animated gif provides an overview of the creation process for this piece, from sketches over 3D block out to the final image. 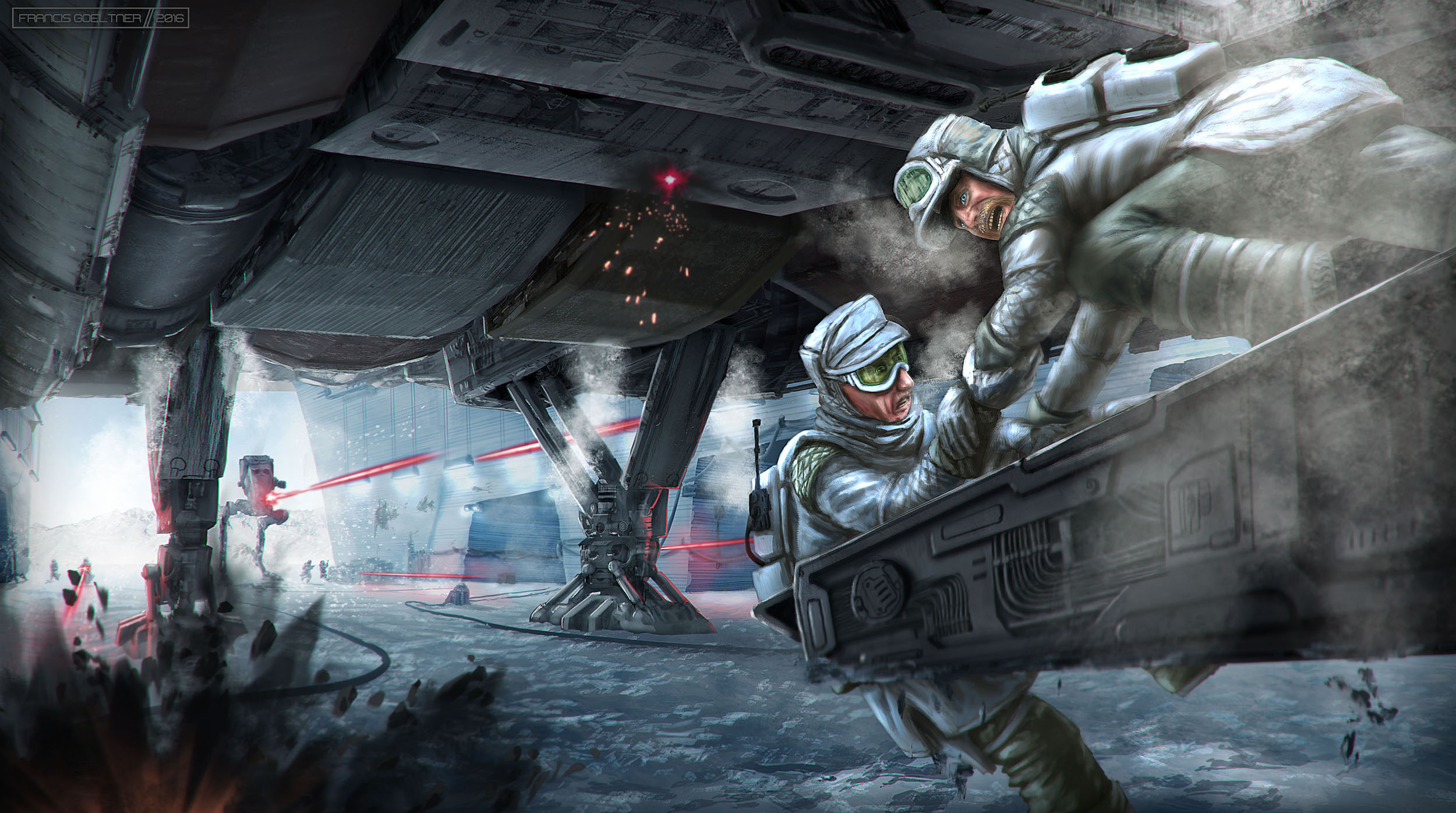 For this piece I decided on designing  an utility vehicle, since these always provide a nice sense of believability especially in Star Wars. I focused on a tractor like vehicle for an environment like Tatooine, where wheels get you only so far.

As for the scene, my decision fell to a shot, in which to entrepreneurial Garn brothers went about their dangerous business of scrap salvage in the open deserts of Tatooine, extracting some valuable piece of heavy machinery from a crashed spacecraft before before any unpleasant parties could arrive.

Below the artwork an animated gif provides an overview of the creation process for this piece, from sketches over 3D lockout to the final image. 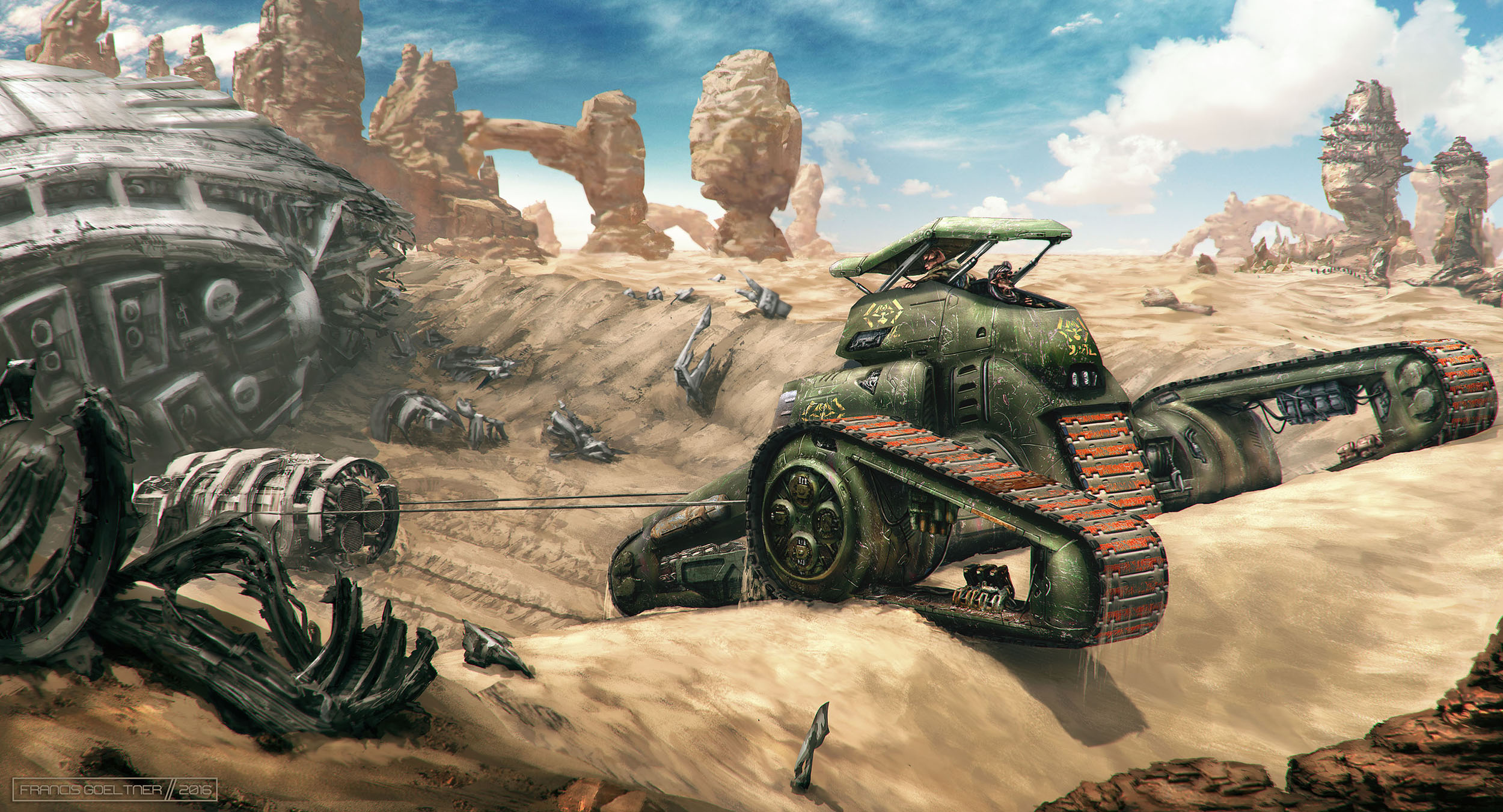 For the second vehicle I went with my fascination for walker-vehicles from the Star Wars universe, because the AT-ATs and AT-STs were the thing that baffled me most as a kid, when I saw the movies for the first time and I always felt bad for the Alliance, since they didn’t have any walkers of their own.

It was also clear to me, that it would not make sense for the agile rebels, to have something gigantic or weapon loaded as the AT-ATs. Therefore I decided to design a fast scout walker - in fact some re-purposed agricultural vehicle - for environments where speeders would be challenged, like in the jungle.

Below the artwork an animated gif provides an overview of the creation process for this piece, from sketches over 3D block out to the final image. 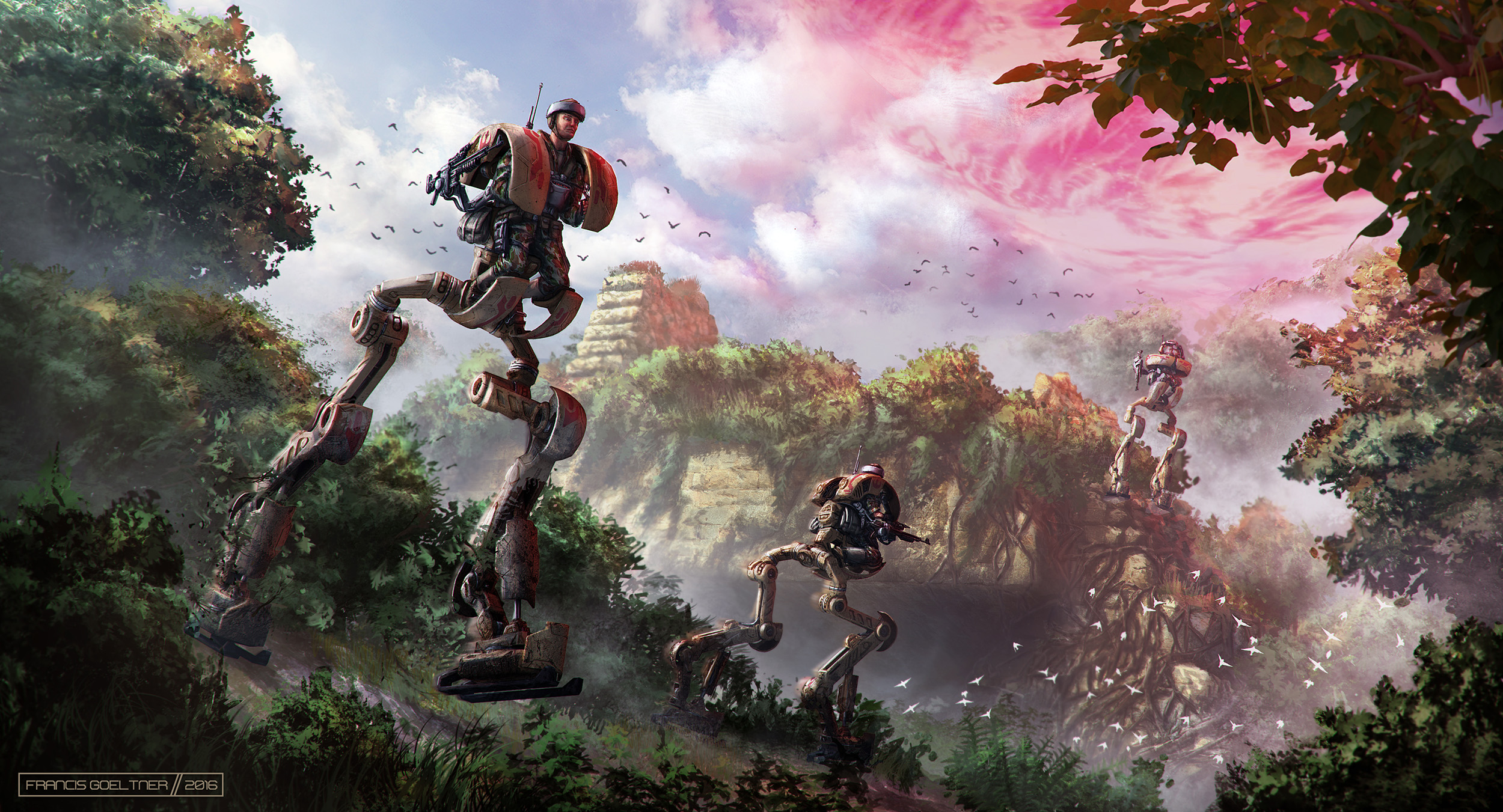