Another new album page is called for ... Nope, ArtStation did not get arount to making that upload an sorting process a bit more user friendly.... The topic (as before) will be studies, sketches, speedpaintings or studies in my pursuit to grow as an artist. Enjoy - If you can ;)

I was able to sneak in a little time with another implanted motoric gadget design that helps badass futuristic gangster types move, I don’t know after they got shot or fell of a motorcycle or something :).

So fun to play around with these visuals... 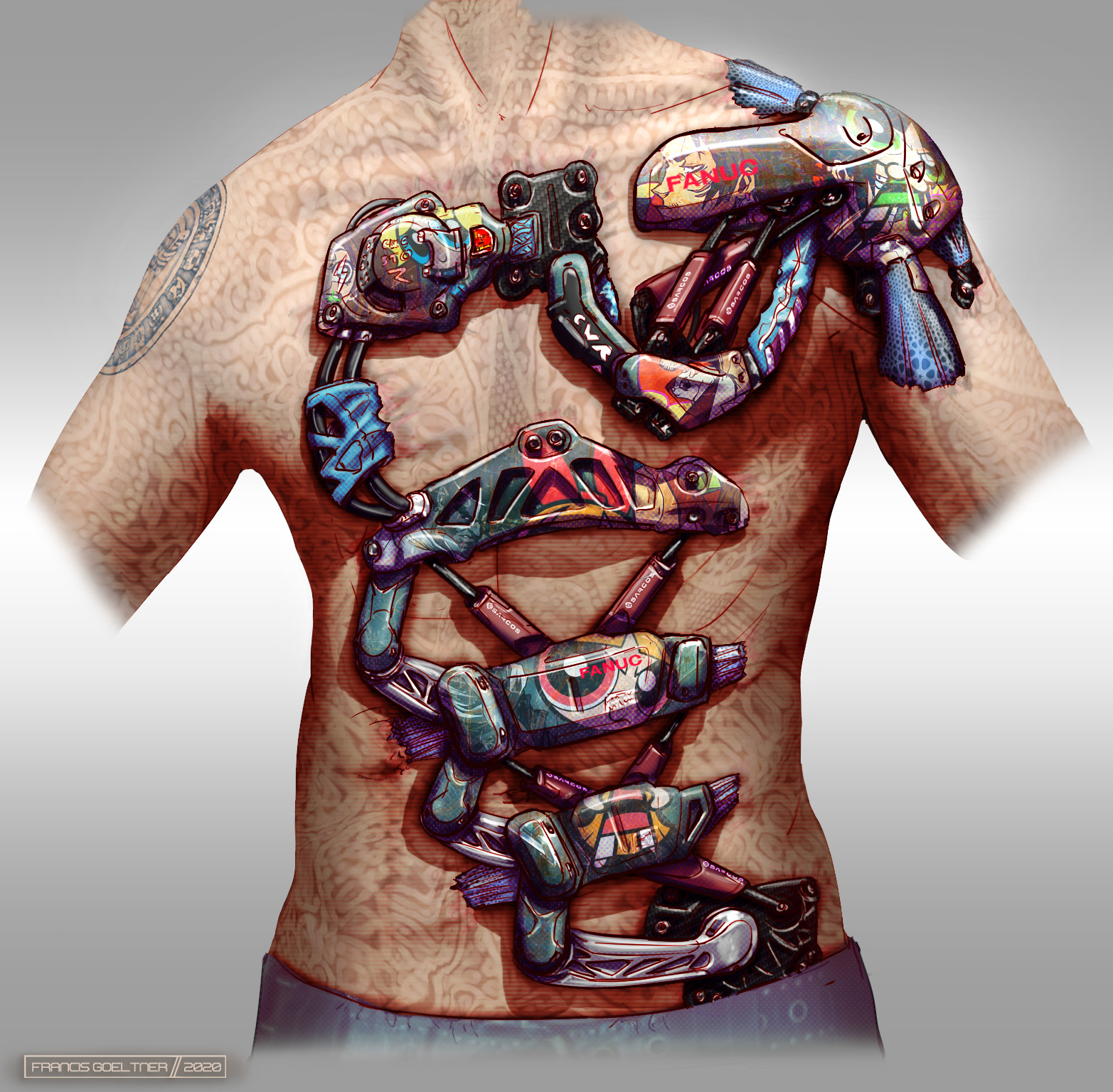 Starting to work on something new here, more design heavy.

I am concepting different types of very intrusive and crude looking cybernetic implants and paring them with some interesting look underneath, like in this case a fictional torso with ethnic tattoos.

Very fun to play with these kind of ideas while keeping some mechanical believability and creating setups that try to mimic the movements of the human body even though they would be slightly impractical :D. 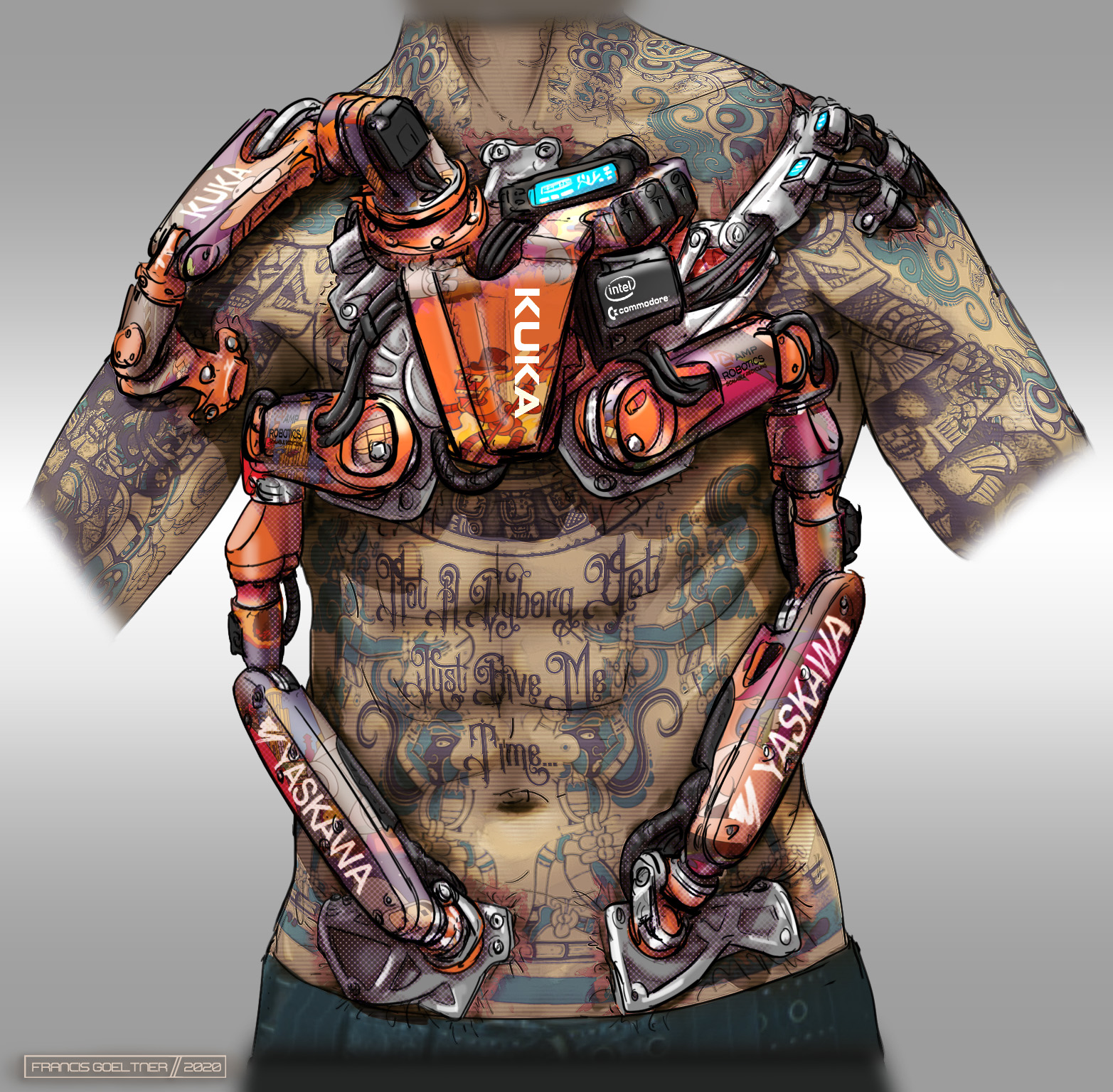 Third round of design sketches for the King’s tent inside the besieging army’s field camp. 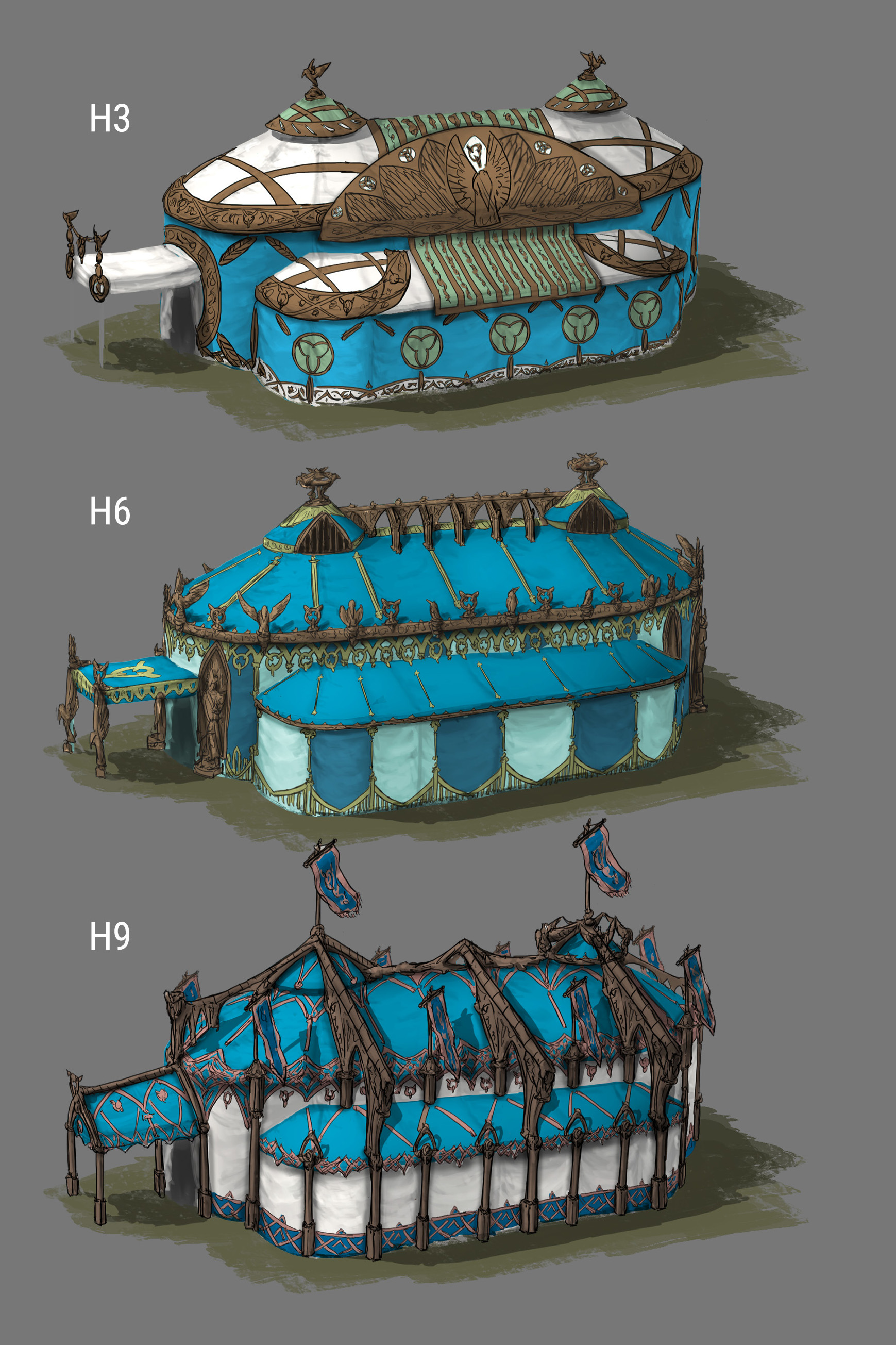 Second round of design sketches for the King’s tent inside the besieging army’s field camp. 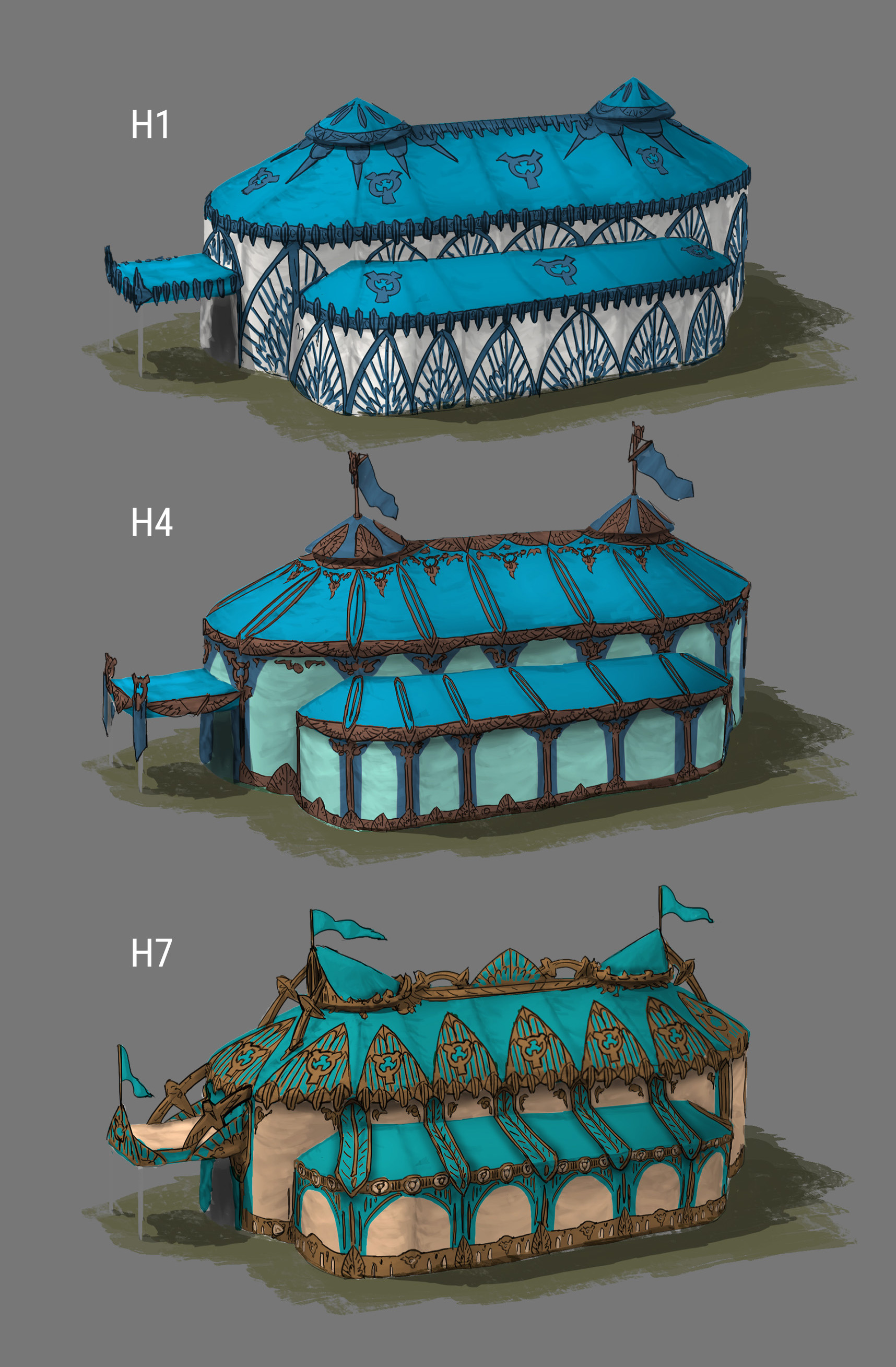 To go further into my medieval/fantasy siege project I decided to design a specific prop first. One location that will play a role in the future is the tent, King’s tent inside the besieging army’s field camp.

Therefore an initial ideation oriented sketching pass yielded the 3 following designs for the tent’s exterior, after I had decided on an overall build structure in a preliminary pass that was visually not that exciting ;) 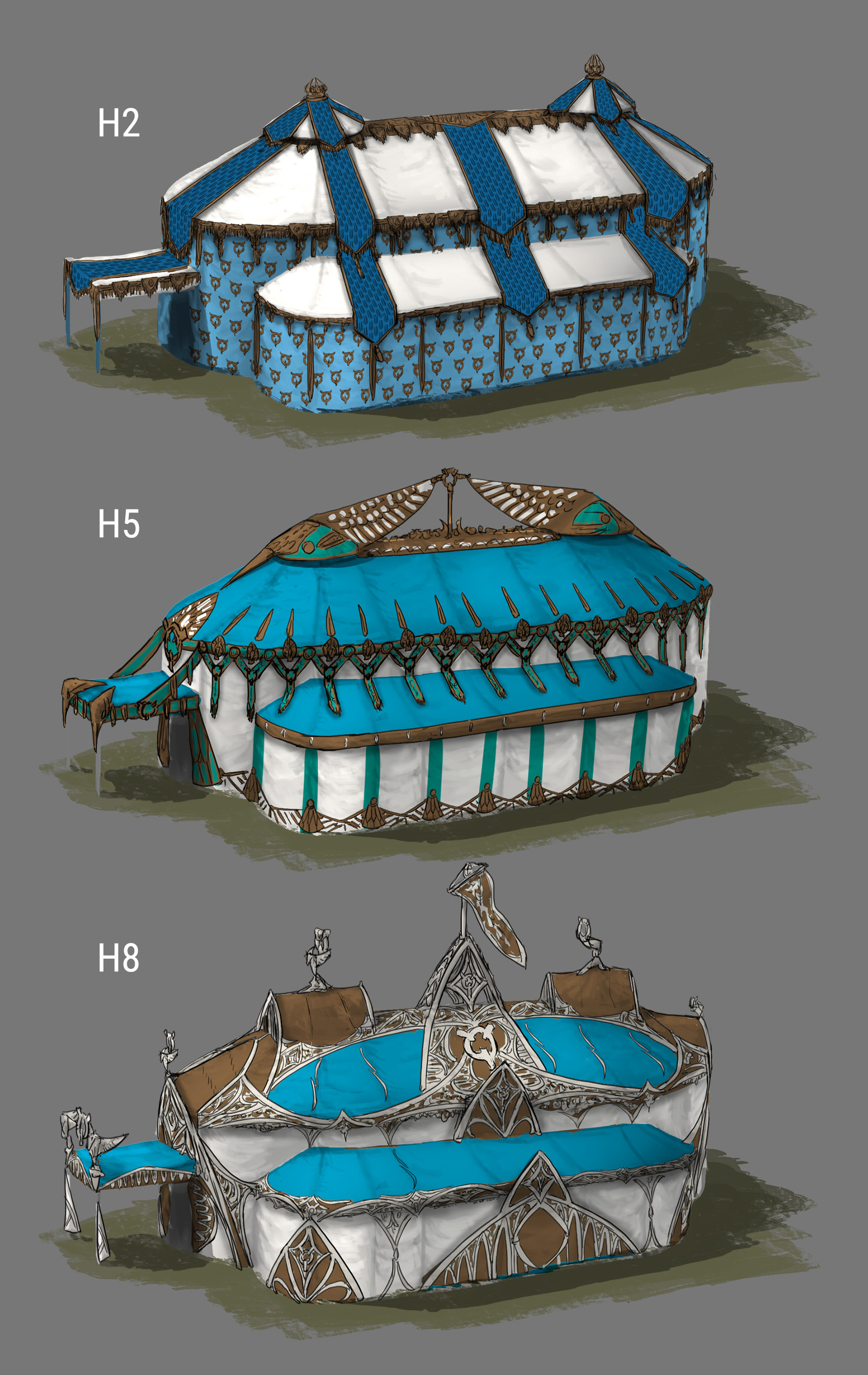 After the recent shape exploration I took the inventor house to a crappy sketch stage on the iPad, tested a couple of pencil brushes and then painted the whole thing a bit in Photoshop.

Already I can say I love the pad for sketching but beyond that… well I”ll keep on practicing. 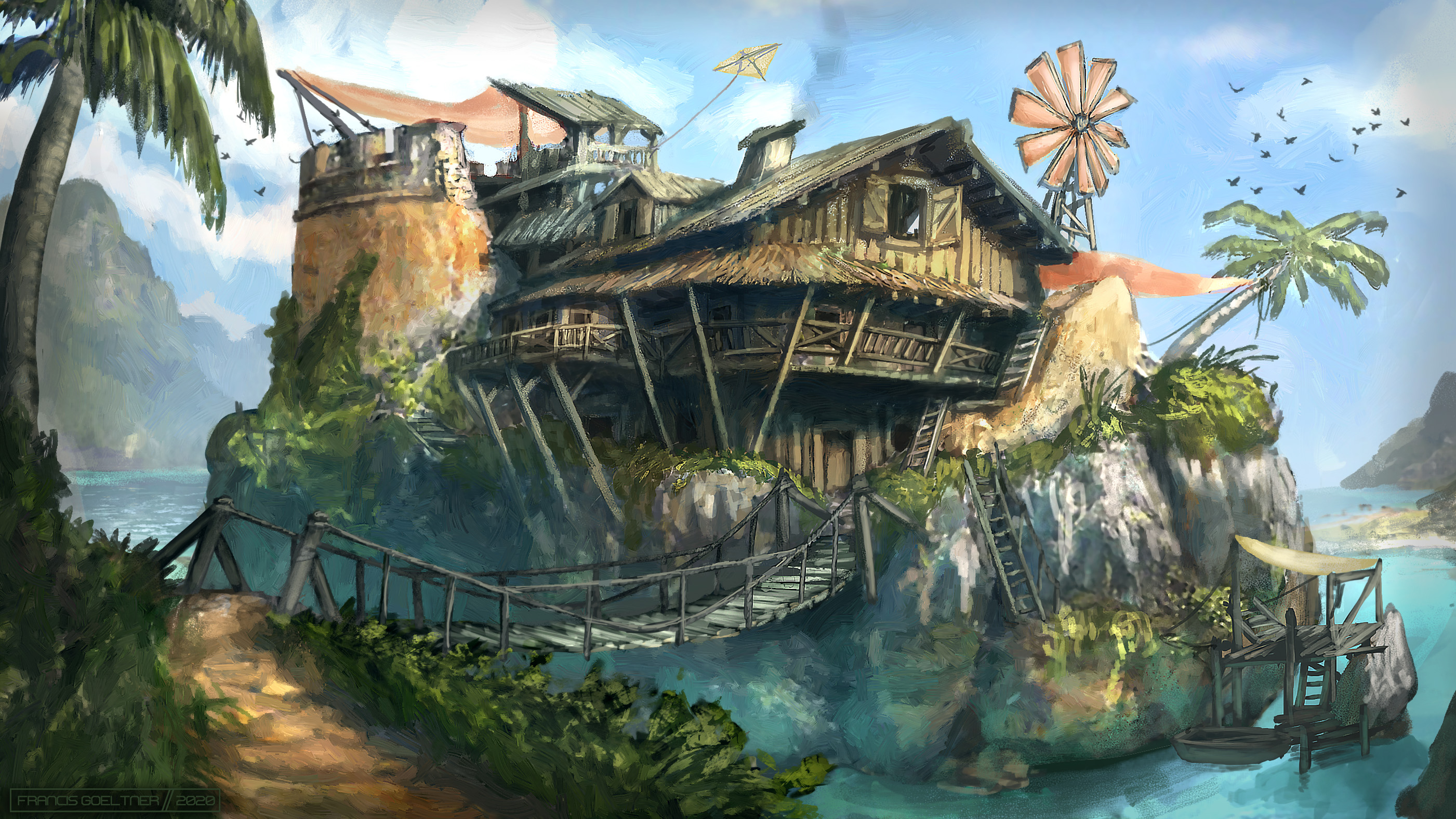 Not too long ago I worked a bit on a colonial era themed transportation and conflict simulation game… Ah well let’s call it what it is: A PIRATE GAME! ARRRRR (I don’t know why that feels so satisfying ;) ).

Well what can I say, the work is not yet done. A concept needed to be developed for the house of an inventor in that Caribbean style environment, so I went through a classic ideation pass first with these shape development sketches. 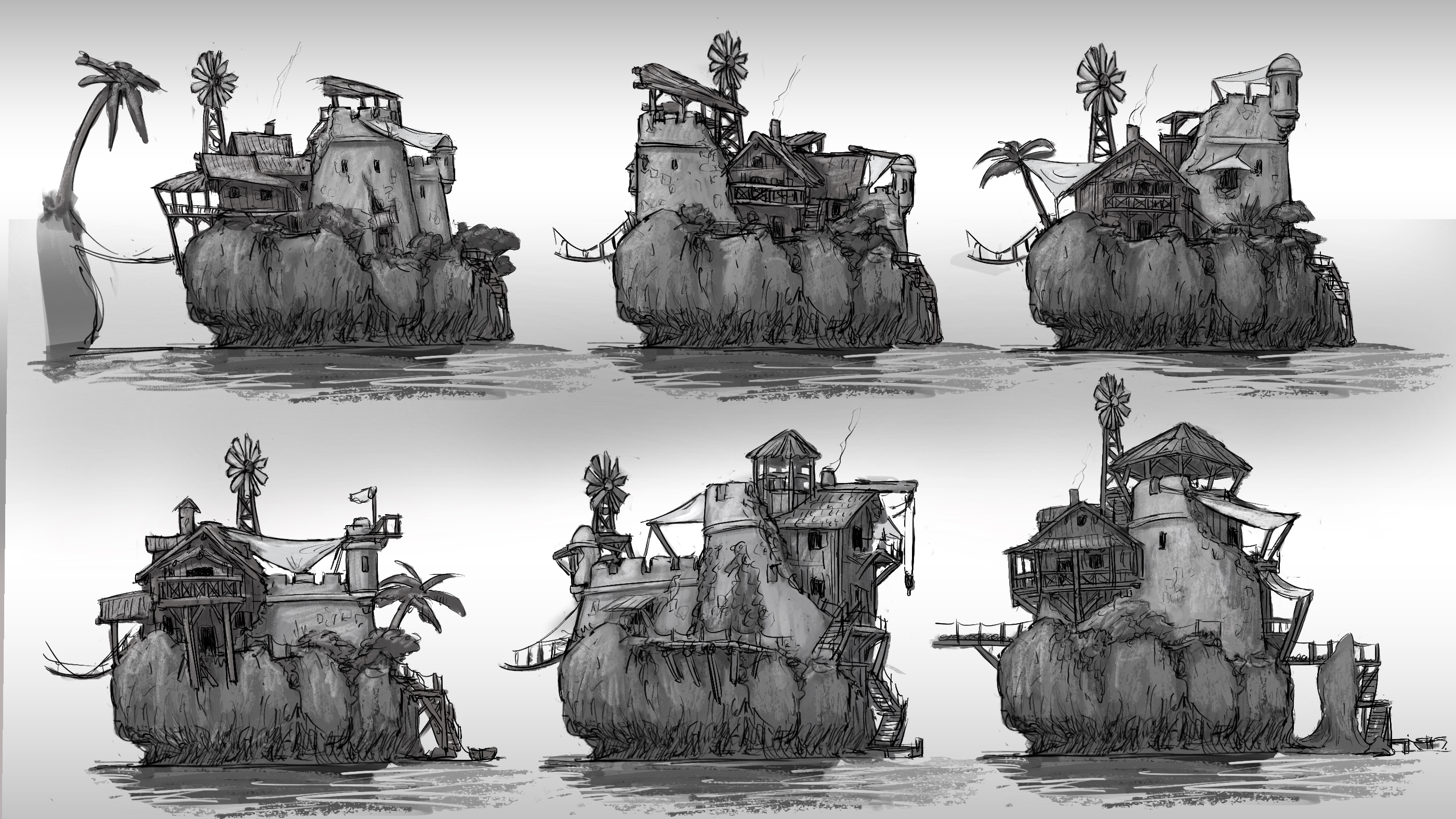 ... And a final pair of sketches for the soldier armor design before I settle on the actual design by frankensteining the best parts together. After that it’s off to the races again in Medium and Blender before finishing it up in Photoshop. 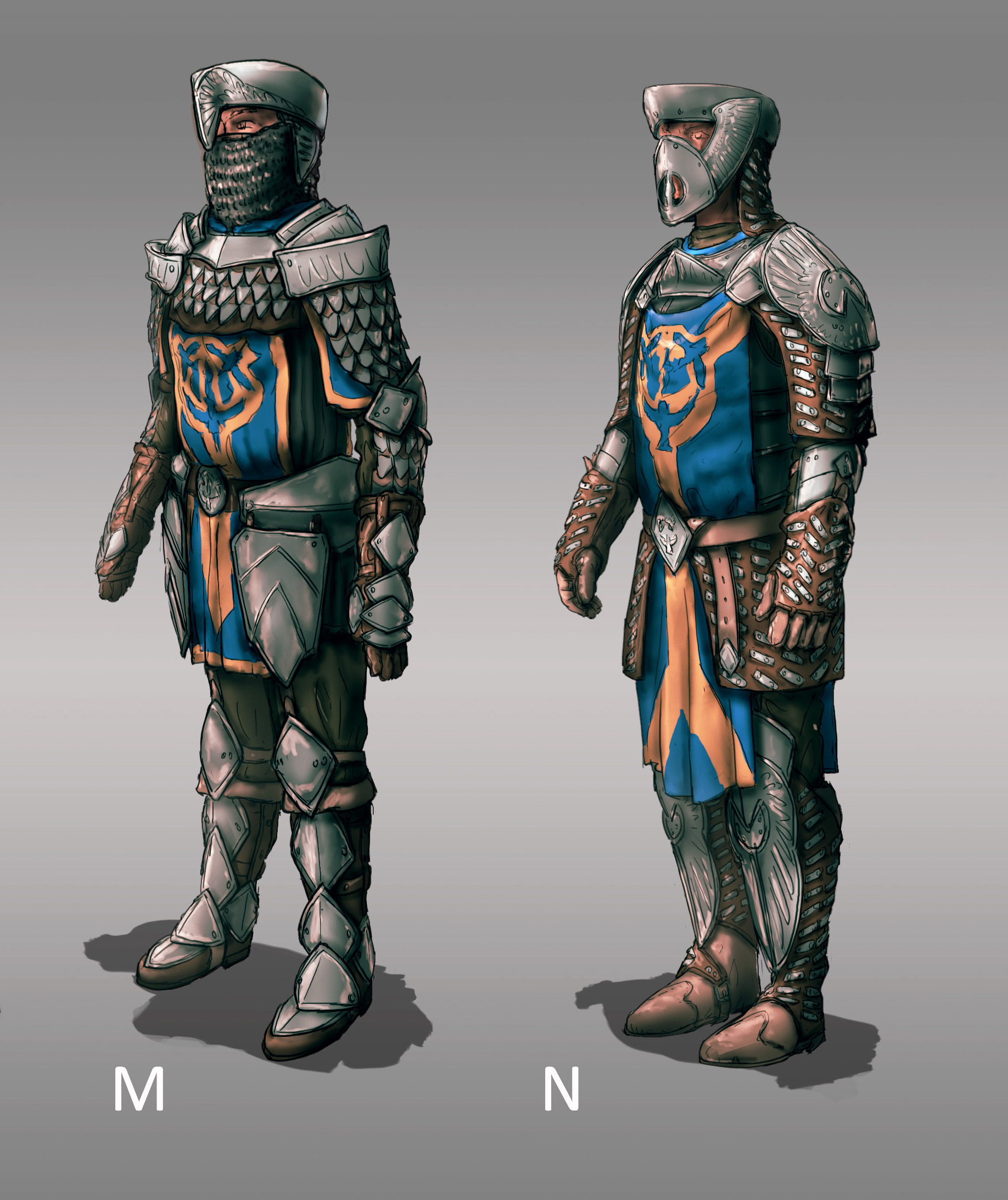 Second round of sketches for the soldier's suit of scale & plate armor.

Oh how these things take me back to the old LARP days... :D 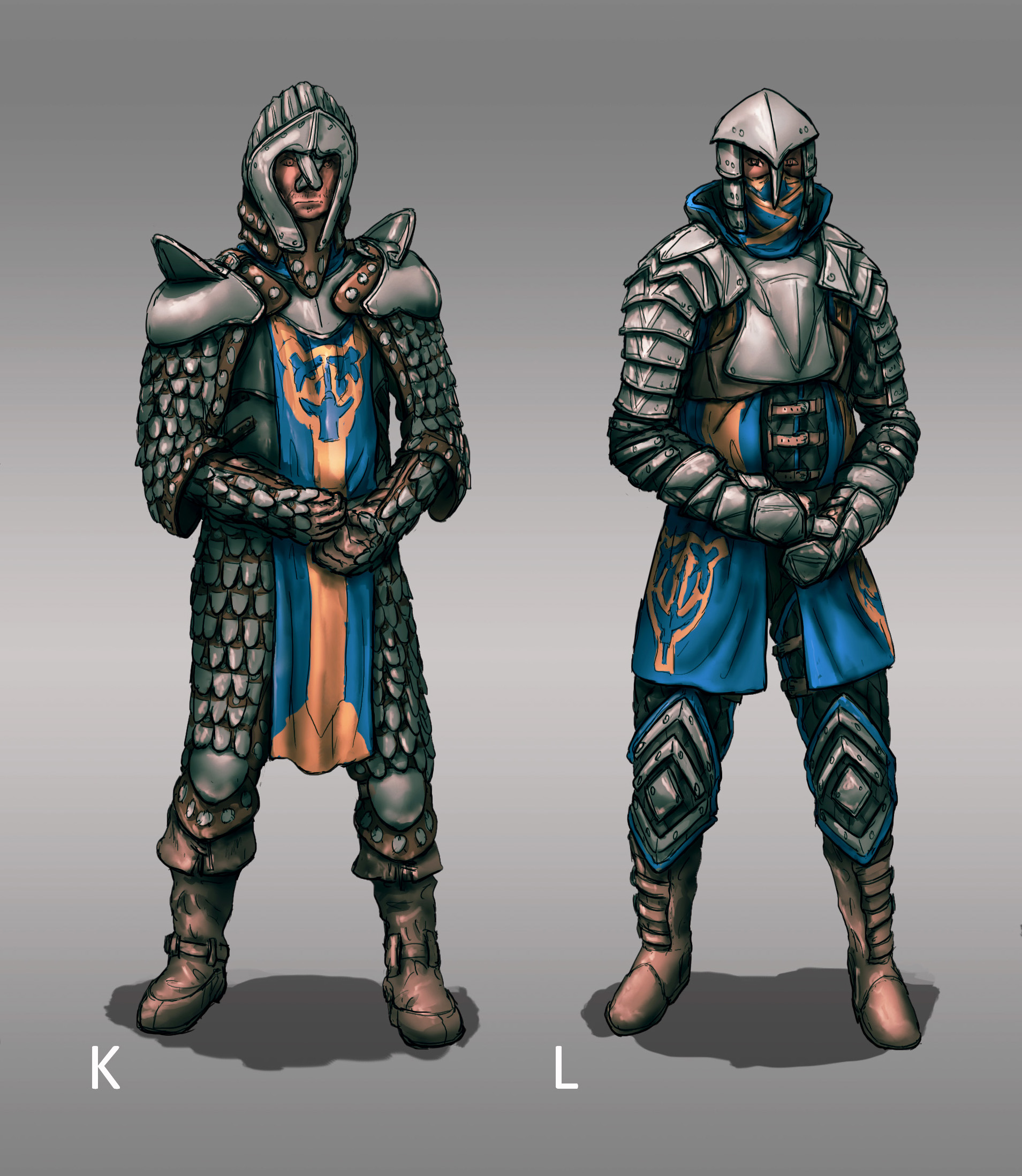 After the most recent knight armor design, I wanted to develop a set of armor for the common soldier in the respective kingdom as well. So something cheaper and easier to produce, lower in ornamentation and maintenance effort. Here are the first couple of sketches of that design. 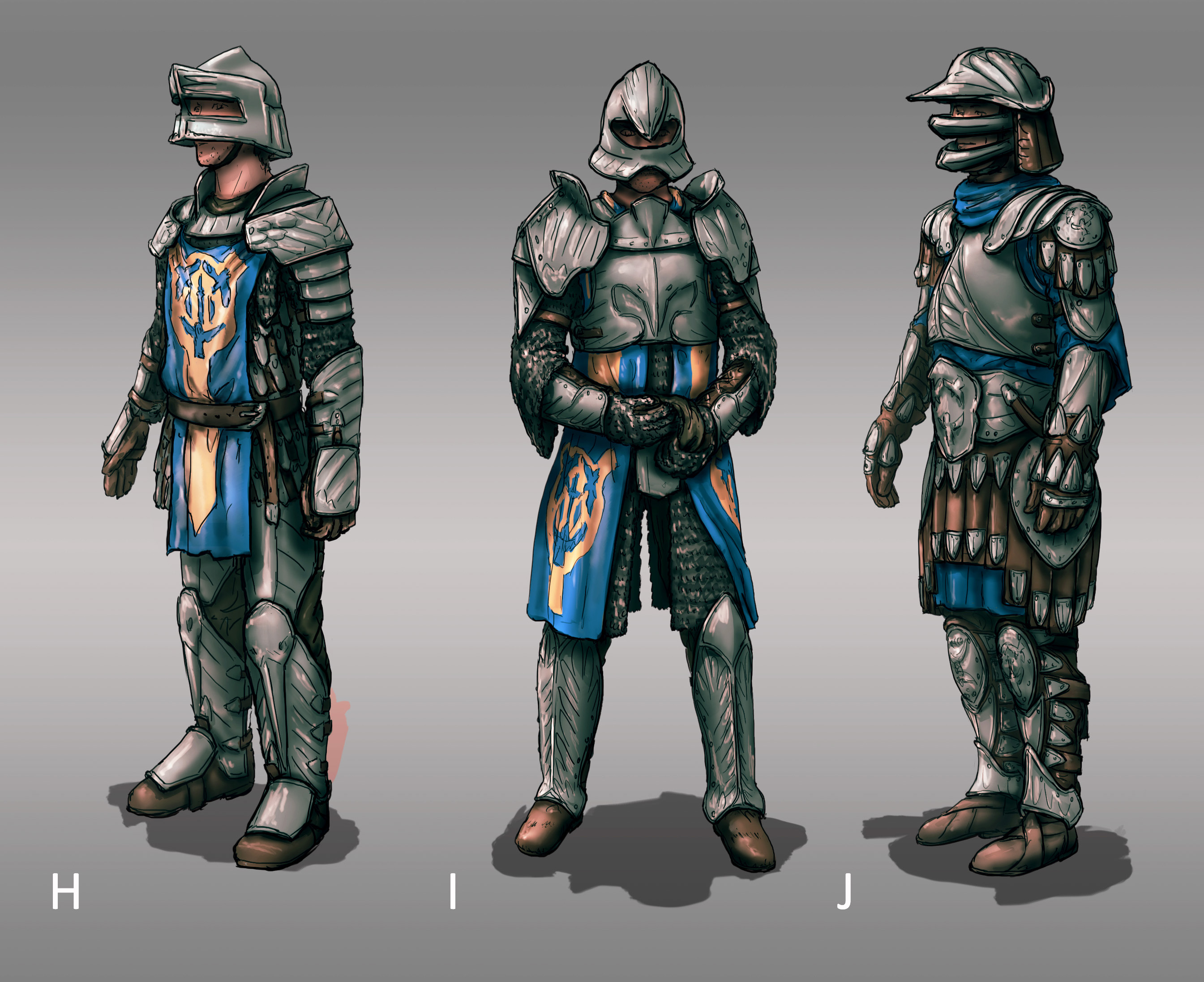 I know it has been a while - some crazy busy weeks that have been! - but I still have another set of knight armor design sketches that I wanted to share. These really came with a nice antiquated and weird look :). I just love that stuff. 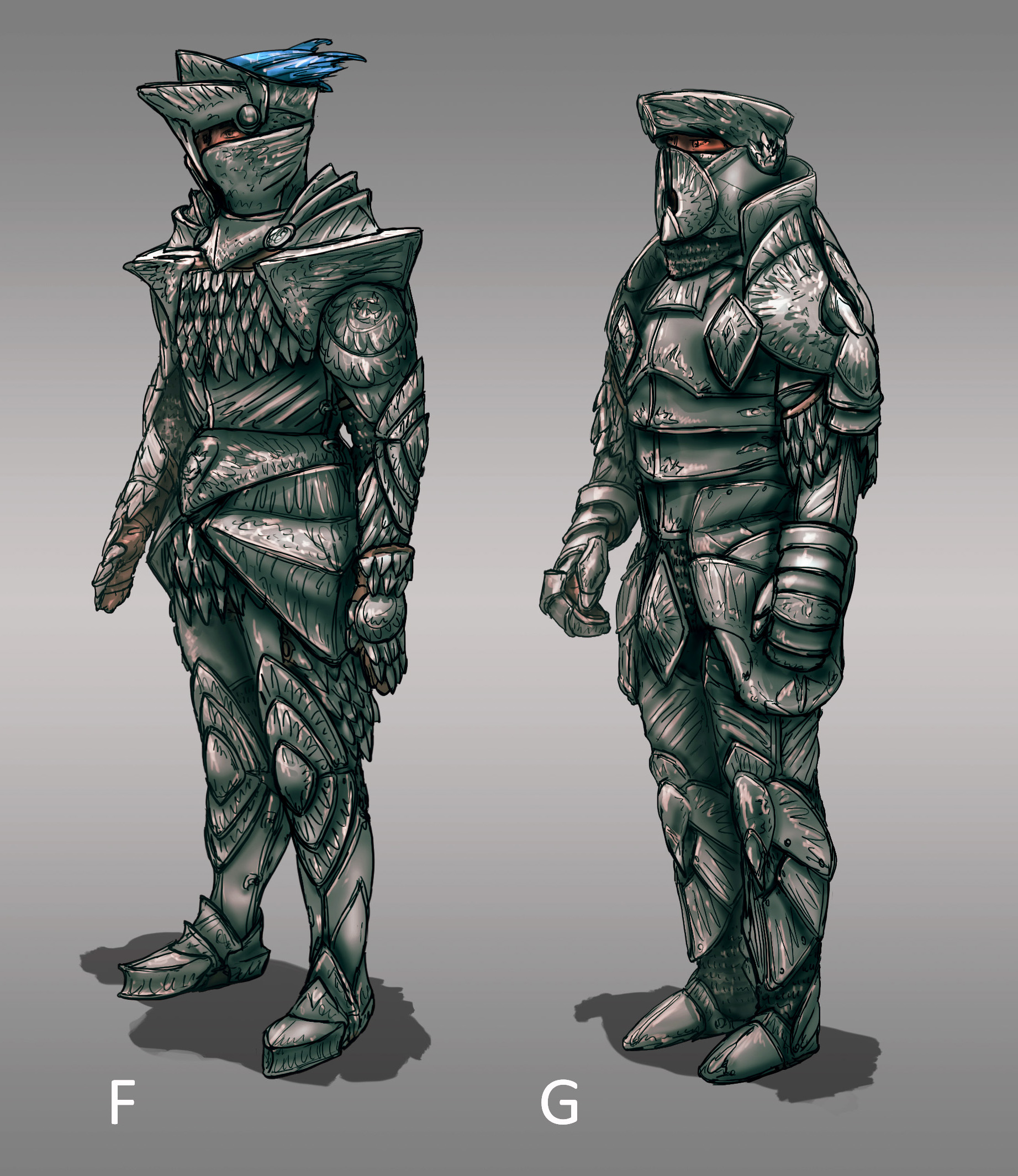 Some more design sketches for a knight’s plate armor. Man that puts me back in time when I was building all sorts of armor myself :) 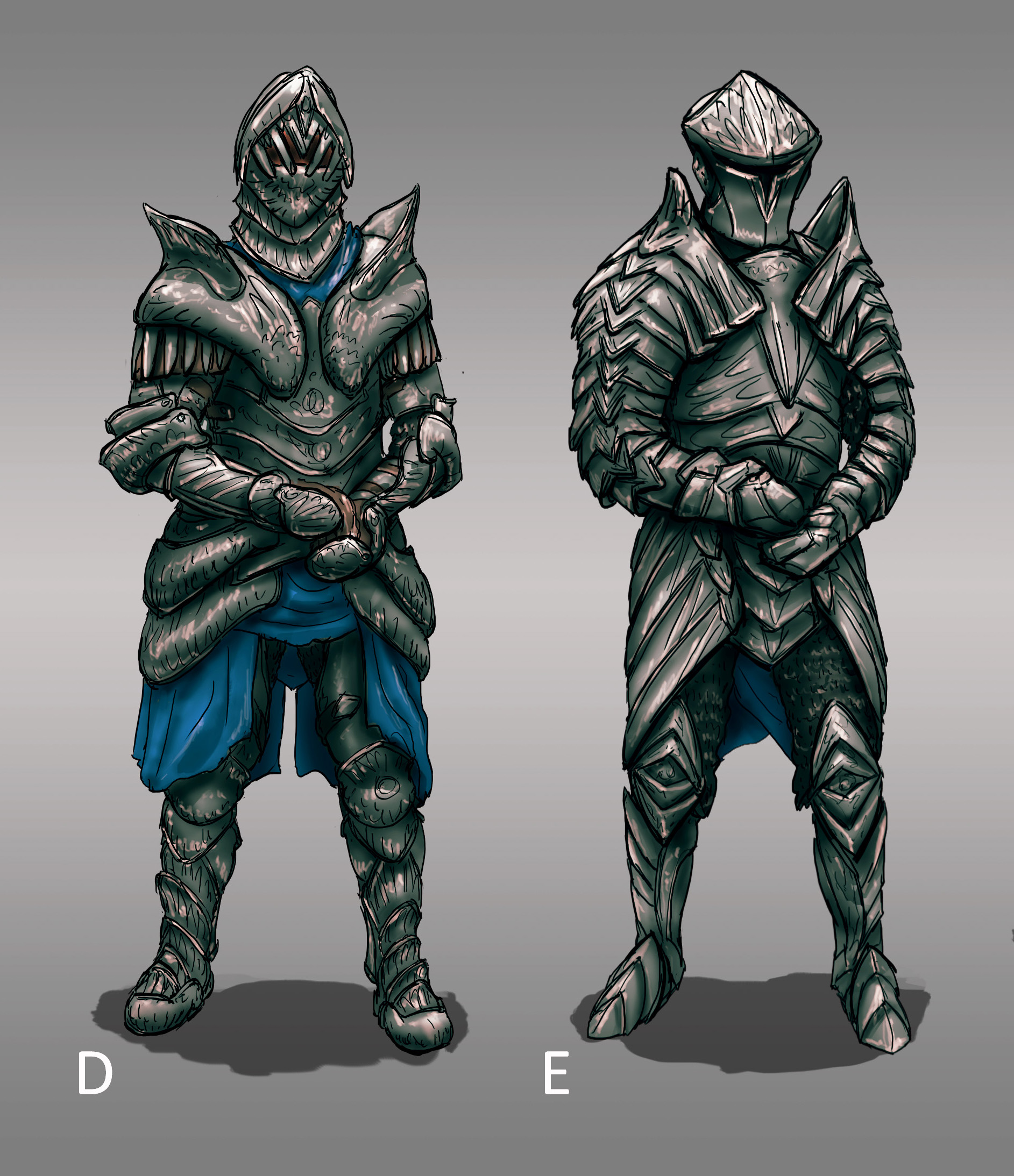 For the bigger project context I made an excursion into armor design with the longer term plan to reuse these designs in the military of at least one faction of this project. After some research and general background development of the faction in question (including a bit of history, culture, heraldics, etc.) it was off to the sketches! So here’s a couple of ideas of how a knight’s armor could look like, aimed at integrating wing and feather shapes into the design since i chose the kingfisher as the heraldic animal of the ruler of that kingdom. I also wanted to purposefully make these armors look (and function) a bit outdated like with the rather clunky mitten gloves etc. 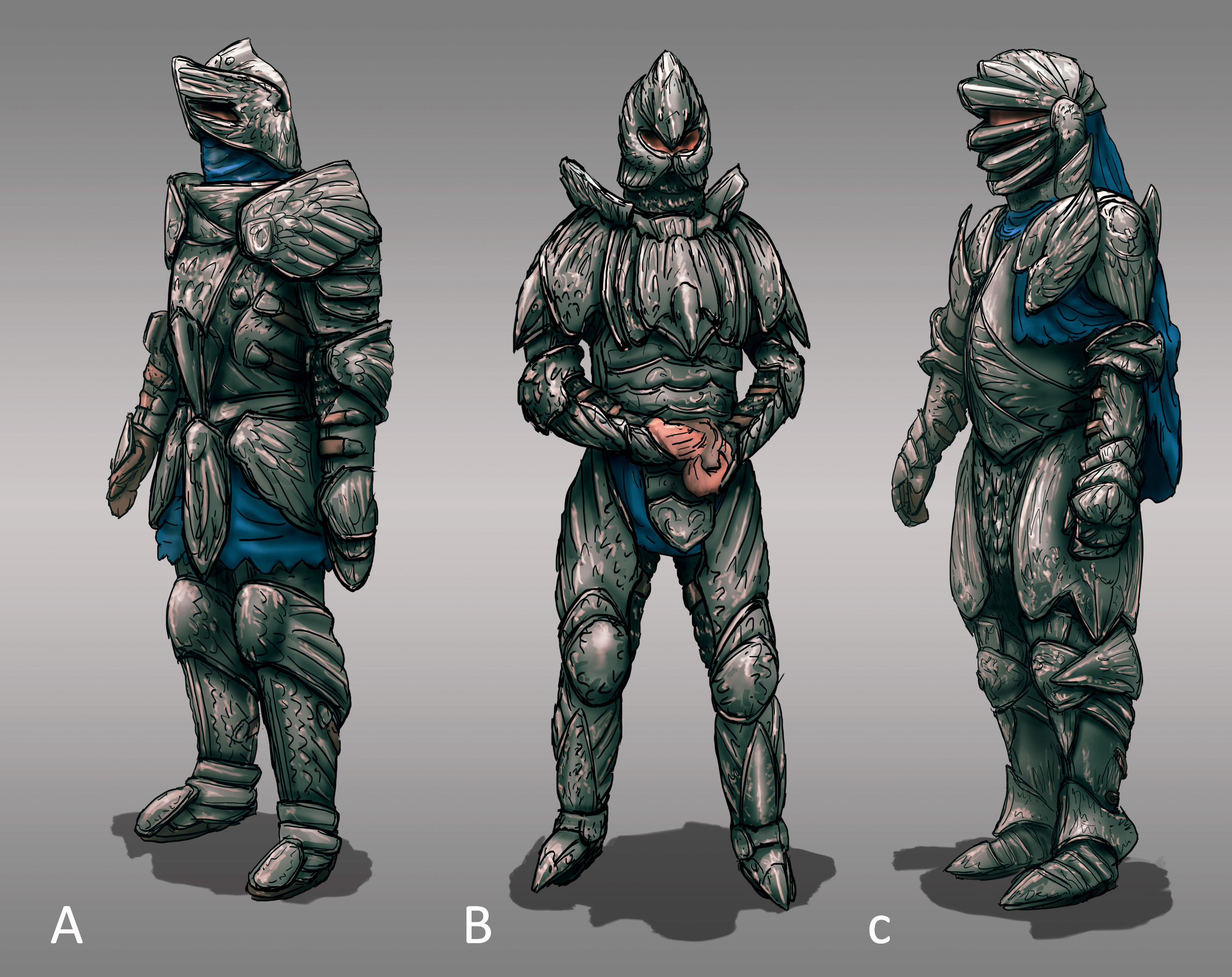 One more design variation for an army camp cooking fire of medieval/fantasy soldiers. As before a rough 3D basis created a value pass in Blender’s EEVEE and served as starting point not only for a line-drawing, but also for the under-painting. 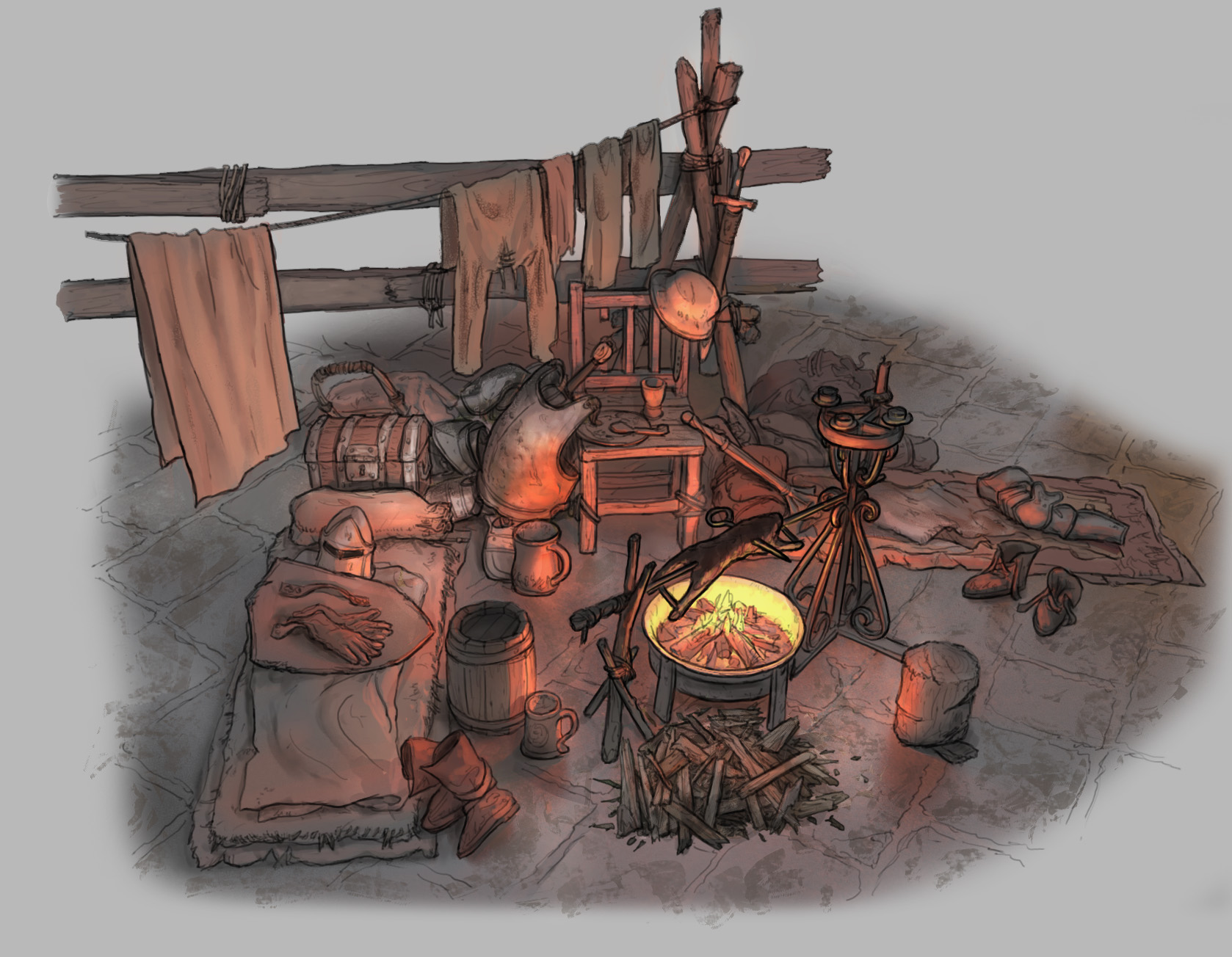 Another design variation for a soldiers’ cooking fire in the cramped army encampment inside Castle Wacenwic’s keep. Again I threw together some parts of the existing scene, rendered a rough pass in EEVEE and created an underpainting with those values for my line-drawing. Funny little design, I really enjoyed the process and the subject. 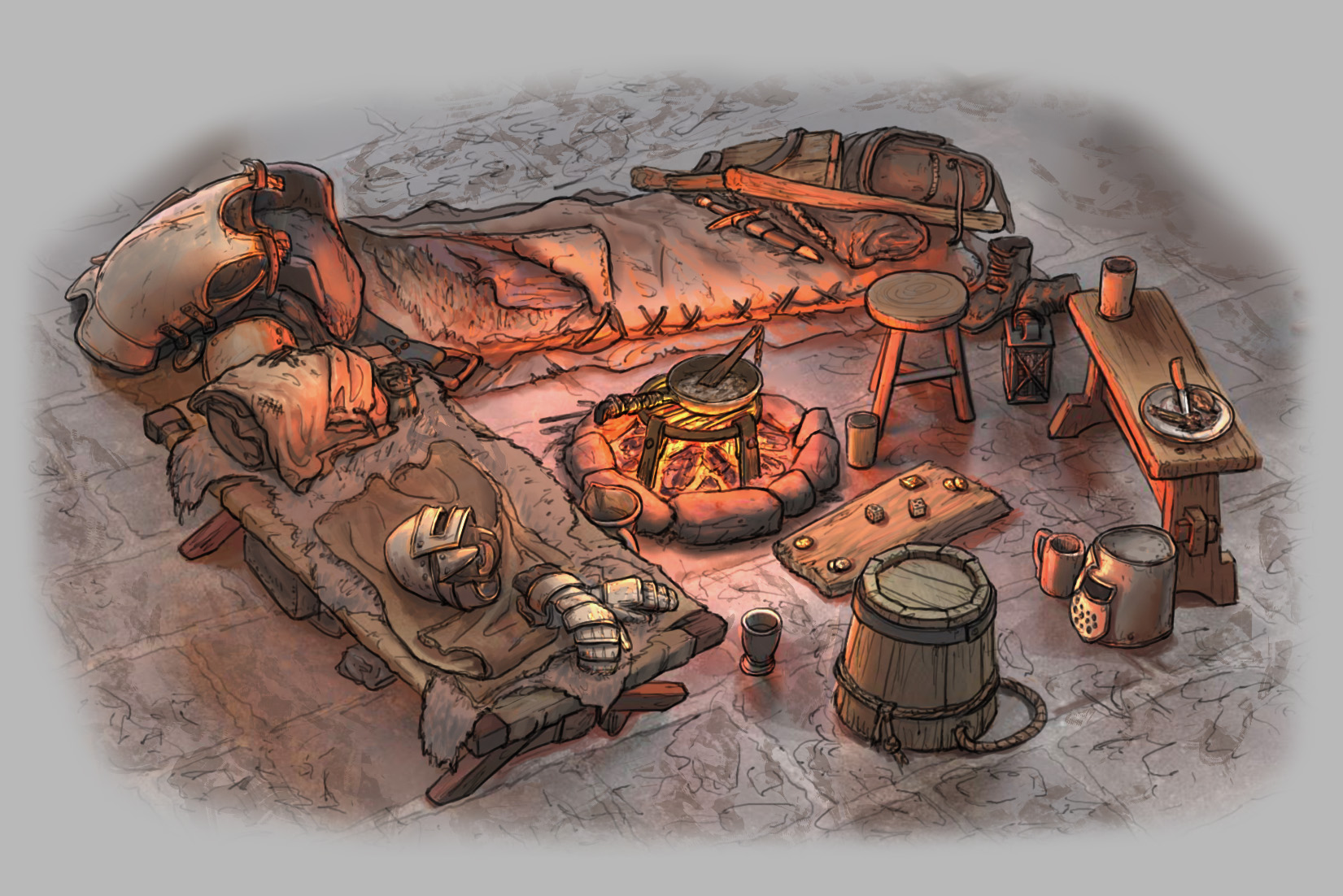 A little spin-off design variation of my interior scene of Castle Wacenwic’s keep. I grabbed a couple of 3D assets and composed this prop design drawings for one of the soldiers’ cooking fires inside the hall of the keep. Took it for a quick ride in EEVEE and painted under with the values. 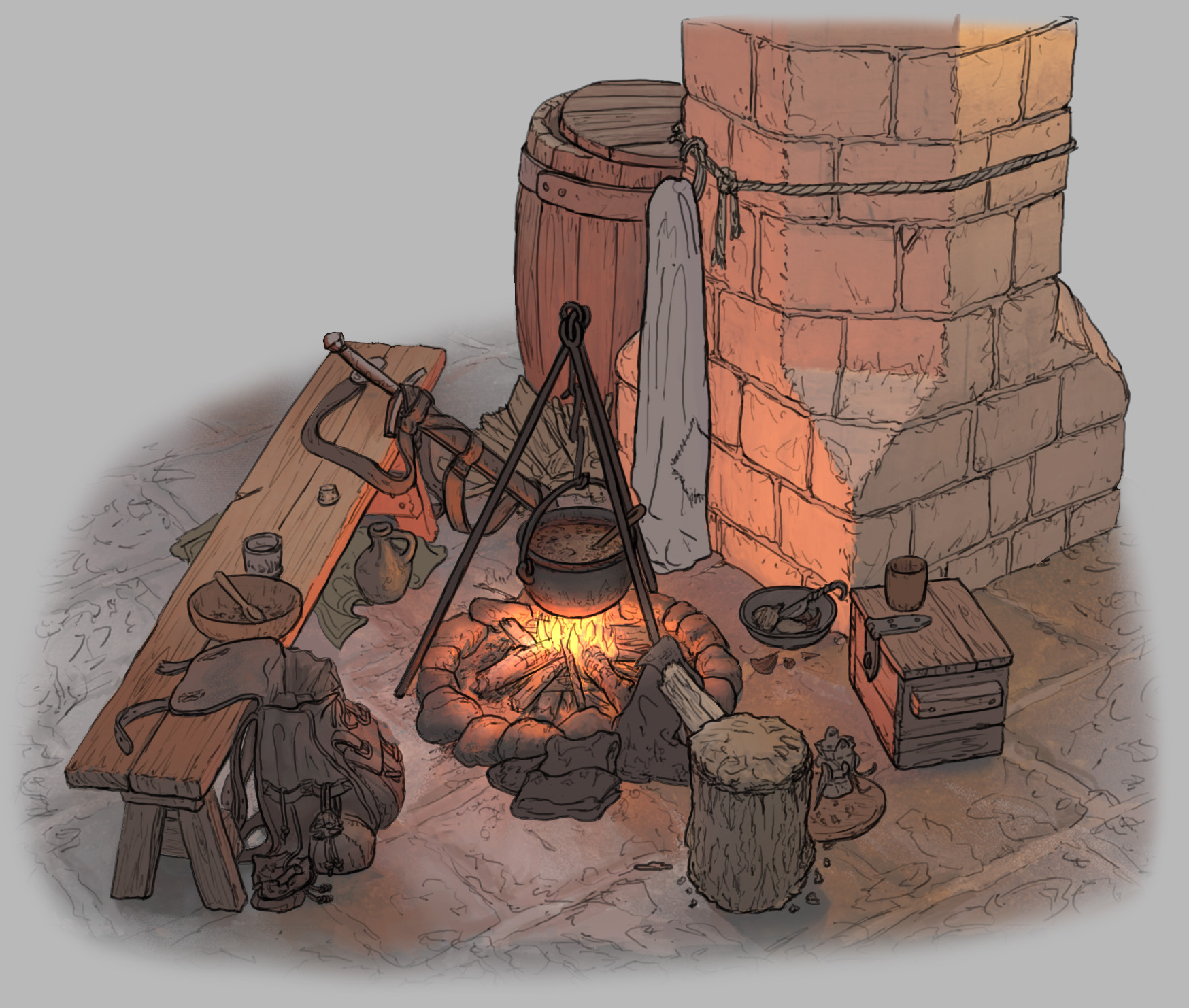